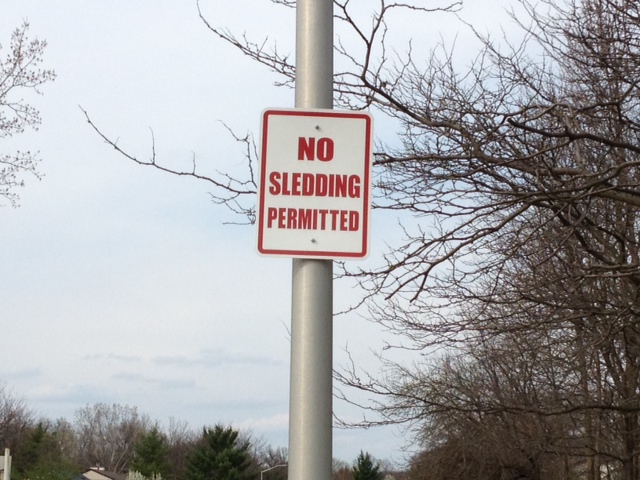 At least once a year I seem to post about this same topic. The day Darshan and Clement stole a part of my childhood away. It was a snowy day in middle school. I believe it may have been a snow day even. While I was in the solitude of my home, two of my so called pals were frolicing in the snow, sledding down the “Great Hill of Gahanna”. Despite the fact it was a snow day (indicating the roads are bad enough to shut school down), and the fact that  Gahanna is 30 minutes from my location, Clement and Darshan opted NOT to invite me to go sledding. Who knew the unfortuante consequnces of their actions would be so dire for the future generations to come.

Clement was gracious enough to send me this photo of the decree given by the city of Gahanna.