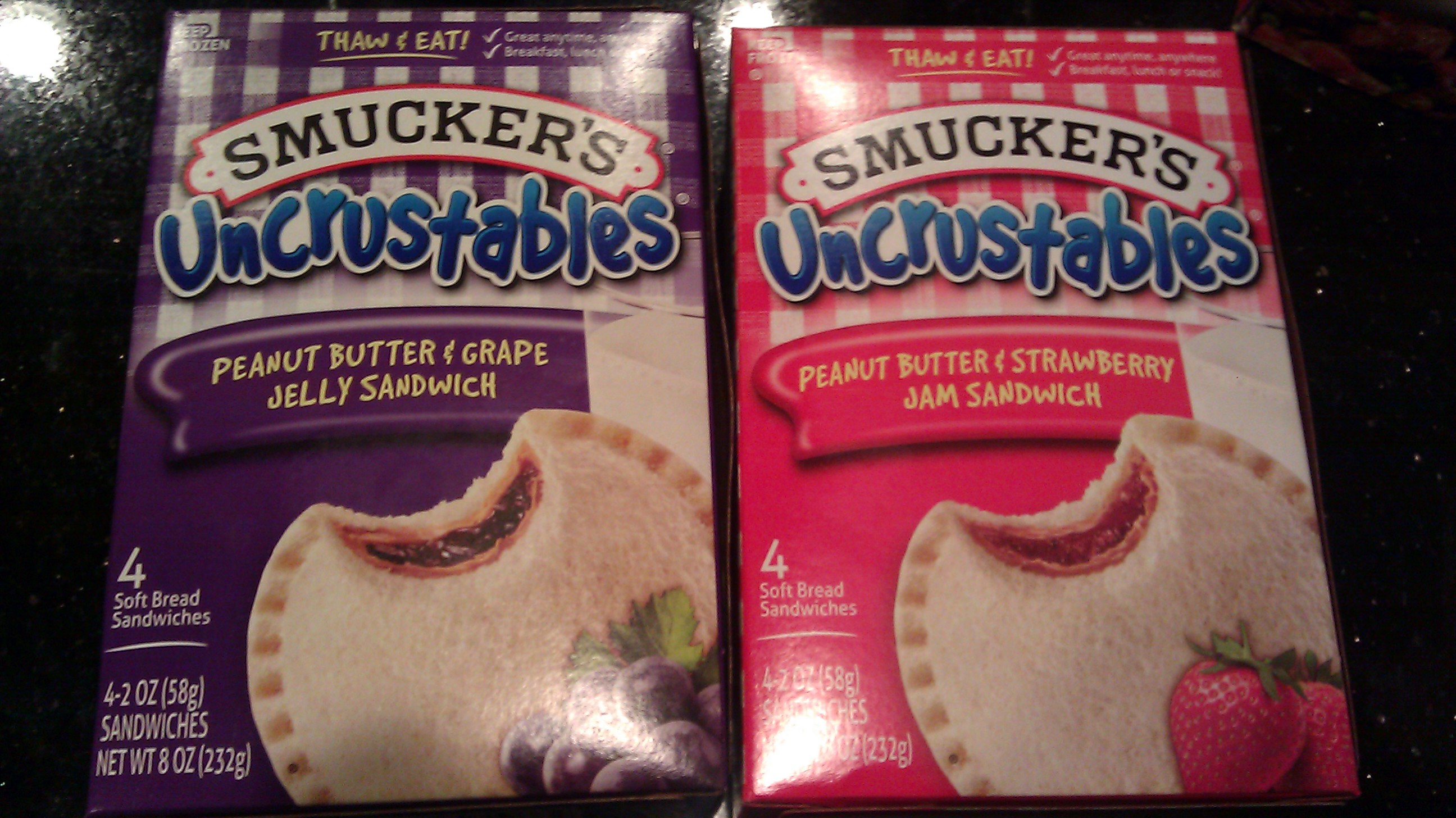 My buddy Tejal introduced me to this amazing invention. Apparently it has been around “for a long time” yet I have never seen or come across it before. I was sitting in the dining room and I saw Tejal with this apple pie/dumpling looking snack. It appeared very tasty. When she told me what it was I was in awe, yet dumbfounded. Why would anyone buy this? It is probably much more expensive than getting two slices of bread, some jelly and peanut butter. If you really hate the crust just cut it off. It just looked so good I decided to go pick up one up in the cafeteria as well (after eating lunch already).

First impressions: just two pieces of bread with PB&J crimped along the edges. Yumm! Well no less yum than a PB&J sandwich, but YUM nonetheless.

PROS: with the ends crimped, you dont really have to worry about the jelly falling out on one end. It’s premade and comes frozen. You let it thaw at room temp for 30 min and then eat it up to 8 hrs (according to the box). If you hate crust… voila no crust. Easy for the lazy or kitchen challenged parent to grab one, throw it in a lunch box, and send the kiddies on their way to school.

CONS: cost! about 3$ for a box of four. I dont think it comes in whole wheat.

Overall: cool idea, and I wonder if they sell crimpers to make these things at home in case Vivi hates crust, and I want to premake PB&J weeks in advance.

Suffice it to say, on my milk run tonight I opted to buy a box or two and share with MommyMD.

Thanks Tejal for introducing me to such a cool treat.

here’s a little diddy I found from a google search on making your own:

One Reply to “Uncrustables! Why make your own PB&J?”